Growing confidence in the UK housing market is being widely reported as 2020 gets fully underway.  A certain amount of political uncertainty still persists – how much depending on location and viewpoint – but despite that a 2% growth figure is being regarded by many as a very realistic prospect. 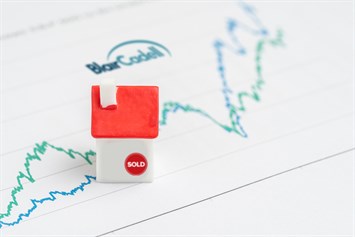 Mortgage lender Nationwide has revealed the first UK increase of more than 1% in 12 months with house prices increasing by 1.4% year-on-year in December 2019, 0.1% up on the previous month.

National online estate agencies are predicting an increase of 2% from 2019 on the asking price of properties coming to market, pointing to sellers boosted by a lack of stock for potential buyers.

The Royal Institution of Chartered Surveyors (RICS) has pencilled in house growth of 2% for 2020. It also believes that rents will increase at a faster rate of 2.5% as the rental sector struggles with the lack of housing supply.

As to volume, Nitesh Patel, Yorkshire Building Society's strategic economist, believes that the number of house sales will hold steady at around 1.2 million annually - the total generally seen in recent years. He said: "Sales to first-time buyers are buoyant and now account for around half of all house purchases. A strong jobs market and low mortgage rates are likely to support the market, but concerns around affordability may limit the number of people wanting to move home.”

Patel also points to the influence of lending policy decisions. "Mortgage lenders are helping to maximise affordability by lending on 40-year mortgage terms, to help borrowers lower their monthly repayments. We're seeing more and more lenders giving access to 5% deposit mortgages, which can be useful for those looking to buy their first home."

Set against this national picture so far as Edinburgh is concerned, with the continued shortage of available property, high employment and sought after amenity this does equate with strong buyer demand for both home makers and investors. All of which supports the well reported ongoing strength of the capital’s housing market, in line with, if not exceeding the national trends.