Air Miles and your digital legacy

Your air miles may die with you...unless you put them in your Will. 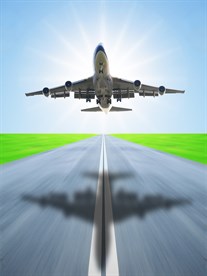 For clients saving up air miles for a fabulous trip abroad, the idea of adding these into their Will might seem a bit of a curve ball suggestion.

But doing so would actually be a good decision because air miles do actually expire on death unless the traveller’s formal final wishes state otherwise.

Such restrictions are hidden in the small print of loyalty schemes including Virgin Atlantic and British Airways.

In most cases death rules only become known about once it is too late and points cannot be spent.

The situation does vary between operators. While British Airways bans air miles being passed onto beneficiaries all together, Virgin Atlantic's "flying club" states that customers can bequeath points to friends or family, but only if they are explicitly mentioned in their Will.

These conditions are very much in the small print and it is very rare for air miles or similar loyalty points to be mentioned in Wills.

By contrast loyalty points accrued at supermarkets and high street stores including Sainsbury's, Tesco and Boots can be passed onto friends or relatives with no restrictions.

British consumers accrue £5.9 billion in loyalty points a year according to savings website Topcashback.co.uk. In a survey it found that just 7pc of consumers were unaware of their loyalty points rules for when they die.

Frequent travellers’ air miles can be worth thousands of pounds and it could be unreasonable to say that people cannot pass these on, or have to have the foresight to make special provisions in their Will. perhaps operators need to consider possible contraventions of the Consumer Rights Act 2015.

Our expert Personal legal specialists at Blair Cadell are alert to these matters as part of our “Digital Legacy” advice when making a Will.  If you are thinking about such matters or of reviewing your Will in the round, do not hesitate to get in touch.

You can have a free chat with one of our Personal legal solicitors, and they will also be able to give you a quote or time for a review appointment should you choose.