New Business: Rope Grown Mussels Knot To Be Sniffed At 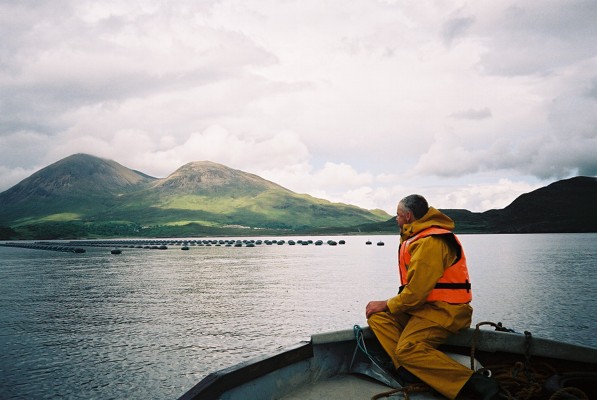 As well as being famous the world over, Scotland's food and drink industry is extremely important for the country's economy. From 2007 to 2012 food and drink exports went up from £3.7  billion to £5.4billion and in this year alone the figure was already at £2bn by the end of April. The sector has high levels of turnover, employment and global trade, as well as a reputation for quality.

It will come as no surprise that whisky exports make up around a quarter of our food and drink revenue, with Famous Grouse, Whyte & Mackay and Bells among the leading brands. But one of the smaller businesses that is experiencing fantastic growth both at home and abroad is Scotland's Rope-Grown Mussel industry.

Consumption of Scottish mussels in the UK and elsewhere has risen sharply over the last five years as consumers have become more aware of the quality of the product. According to the Scottish Shellfish Marketing Group: 'This awareness is due to more exposure of mussels on television cookery programmes and also probably due to people switching from meat products.'

Mussels are mostly sold live but are often seen on supermarket shelves in pre-cooked vacuum packs. From a culinary point of view rope-grown mussels make for good eating - they are easy to prepare and cook in minutes. As far as business is concerned they have better yields than their dredged counterparts and are free of grit as the shells are never in contact with the sea bed.

One area known internationally for its mussel yield is the Isle of Skye, which is home  to both mussel and oyster growers. One company - The Isle of Skye Mussel Co - is committed to producing Skye mussels through sustainable farming techniques. Owned and run by Robert Kelly and Duncan Henderson, the company began farming mussels in the lochs of Slapin, Eishort and Harport in 2002. With over 60 years' industry experience, the pair estimate that these sites  yield around  250 tonnes of mussels per year.

'Environmentally speaking,' says Kelly, 'mussel farming is an entirely natural, low-input and sustainable aquaculture industry.  During the spring and early summer wild mussel spat (seed stock) drifts into the lochs and settles onto ropes suspended in the sea column where it lives and grows until harvested two to three years later.  Other than the equipment and labour there are no inputs in mussel farming. All nutrition is provided naturally - by the plankton in the sea.'

'Our business aims are relatively simple. To deliver high quality natural fresh food for the consumer and maintain a close partnership and communication with the value chain. It is also important to farm sustainably and maintain the pristine marine ecology of the Isle of Skye coastal waters. And finally we aim to contribute to the social, environmental and economic welfare of the Isle of Skye by providing permanent long-term employment for local people.'

Think you have the knack to make a profitable business out of aquaculture? Well you're in luck. The directors of The Isle of Skye Mussel Company are currently looking for people with marketing experience to help develop the business and secure investment. With an ex-farm value of approximately £250,000 - this is the perfect opportunity for someone who wants to make waves in the seafood industry.

In 2013, 6,757 tonnes of mussels were produced for the table market in Scotland.

The Scottish Government's stated aim is to increse shellfish production (especially mussels) to 13,000 tonnes by 2020.