Many people wish to own a great property in the heart of the capital and one area that should be on every Edinburgh house-hunter's hotlist is Shandon. 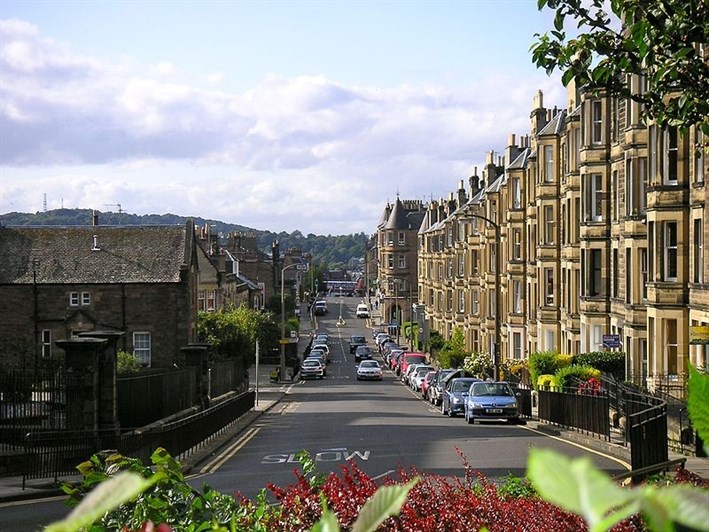 Shandon is a sought after location around 2 miles to the west of the city centre. The area has a distinctive street layout which is full of attractive and secluded cul-de-sacs. It is also a conservation area - at least in-part - and from several points offers narrow views and vistas through to the Pentland Hills.

The Shandon area is characterised by warm coloured sandstone, natural slated roofs and cream coloured dressings to door and window margins. Sash windows and octagonal chimney pots give a sense of unity to Shandon. The use of natural materials and standard detailing is present across the area.

In the mid-19th century there was a deliberate movement on the part of Scottish housing reformers to find a working-class housing pattern which broke with  tradition. These reformers wanted to give every family a front door and its own garden.

Shandon was the first development of its kind in Edinburgh.This style of artisan - or colony-type - housing was pioneered in the city by Patrick Wilson for the Pilrig Model Dwelling Company.

Although predominantly a residential area, there are several shops in Shandon - at the north end of Ashley Terrace, for instance. Nearby Harrison park is a delightful, accessible and well used community green space with a football pitch, play park, canal, and other amenities.

Shandon is a very relaxed area with a peaceful and friendly atmosphere. There are good schools nearby including Craiglockhart Primary and George Watson's College. In sunny weather the yummy mummy's and dogwalkers can be seen doing the rounds in Harrison Park or shopping for coconut water in Margiotta. While there is a family feel about the area, there are plenty of young professionals looking to get on the property ladder here as it is in close proximity to the centre of town.

Now that the trams have arrived they are expected to bring with them real economic benefits to areas like Shandon, as new transport hubs are created. We can already see the 'tram effect' influencing development along the route - the sale of development land at the Gyle at pre-recession prices in December is one such example.

We currently have a number of superb properties for sale in the Shandon area. Why not take a look at theproperty section of our website.