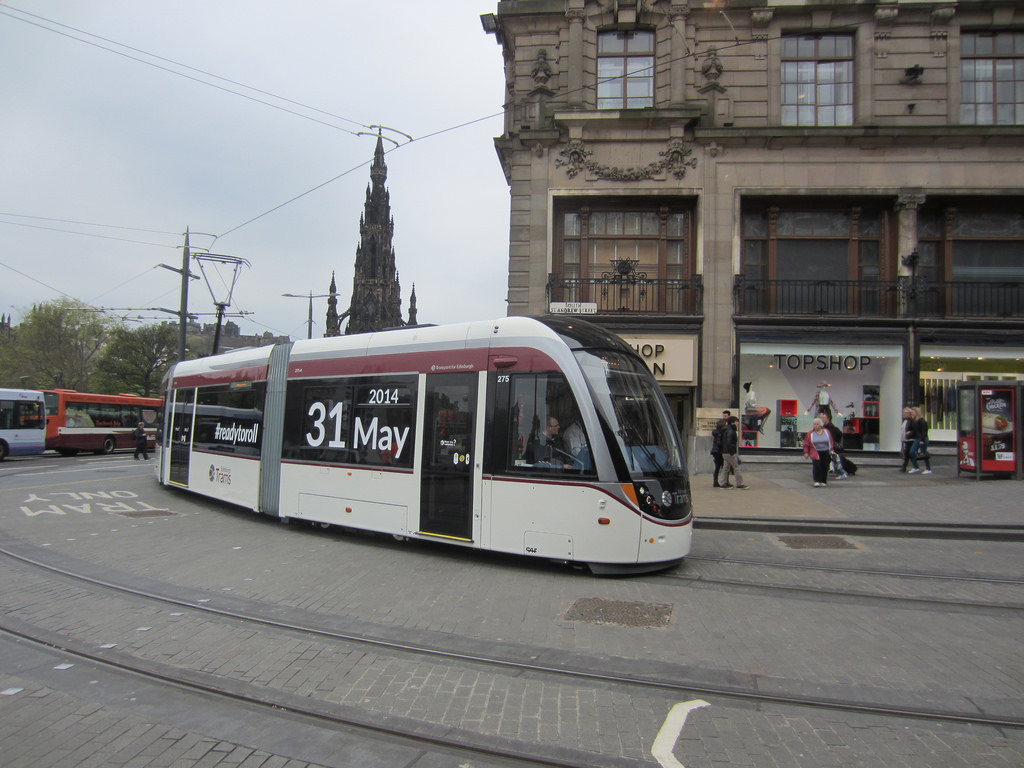 As we prepare for the trams to go live at the end of the month, a senior Edinburgh councillor has suggested that the city's tramline could be extended sooner rather than later. Frank Ross, convener of the economy committee, hinted to the media yesterday that the city council was looking into a route through the southside of the city.

However, Mr Ross warned that should the plans go ahead the council would have to be 'cleverer' this time around and work together with the local community to bring the project to fruition. Speaking about the economic benefits of trams to the media yesterday, Mr Ross said:

'We have to think innovatively. To disrupt South Bridge and Minto Street would be catastrophic,' he said. 'I am not an engineer, but I have been told there are other ways of re-laying the infrastructure below ground that is less disruptive than what we did before.'

'Hopefully, we have learned lessons. It was bad for citizens and bad for businesses, but we know we will have to extend the tram. It is a no-brainer.'

The council claims that currently the trams stand to add around £900 million a year to the city economy.

Property values should rise in areas along the tram routes. It is not unlikely that property "hot spots" will spring up around Edinburgh in the coming months thanks to the creation of new transport hubs.

West Edinburgh, for example, an area that saw demand for business space hit hard during the credit crunch is currently seeing a resurgence of activity. The new and improved Haymarket station is also driving this change.

What we should see over the next few months is a reduction in congestion in the city centre and further market activity in the west of the city. Areas such as West Lothian, Gogarburn, Shandon and Balgreen could feel increased demand as commuters look for a bargain.

Blair Cadell are a leading firm of Edinburgh solicitors, dealing in a wide range of property, business, tax and personal legal services. Our solicitors were nominated for Residential Property Team of The Year at the 2014 Scottish Legal Awards.