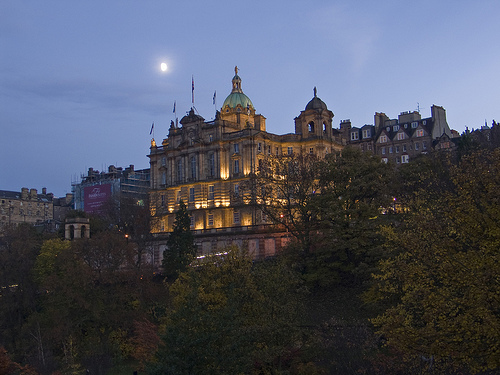 It is great to see a bit of optimism surrounding the UK economy again. Consumers are spending more and small business owners are beginning to emerge from a period when banks were unwilling to lend and growth was almost impossible. The latest GDP figures show that the UK's annual growth rate for 2013 was 1.9%, making it the best time for the economy since 2007.

A new survey from Bank of Scotland suggests the Scottish economy also experienced strong growth in January of this year. Growth was particularly positive in the service and manufacturing sectors, with an accelerated rise in new business boosting both output and job creation.

An increase in demand gave businesses greater pricing power in January, leading to the fastest rise in output charges since last July. Bank of Scotland also revealed that employment in Scotland also rose last month. This marks the fourteenth month of net job creation in Scotland - the longest such stretch for six years.

'The growth in new export orders after two months of decline is particularly welcome.

'Business confidence continues to increase ensuring the Scottish economy not only continues the recovery but enters 2014 with growth momentum.'

At Blair Cadell we have noticed our commercial clients are increasingly looking to invest and take on business leases in this more bouyant and positive economy. Our clients are finding that lenders are more open to discussions than they have been over the last few years