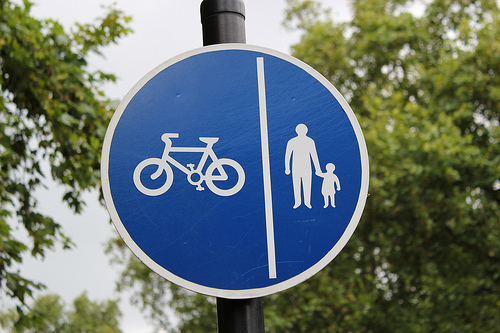 Cyclists, pedestrians and those who use public transport received a boost this week as Edinburgh Council announced that more money will be put towards their needs. The council has pledged to raise another 2 million on top of its annual budget to put towards new projects and upgrades on existing infrastructure.

Unfortunately for car owners this means price increases on pay-and-display parking meters and city centre permits. Parking permits for those in the highest band will now cost £526 a year instead of £463. City centre pay and display machines will cost as much as £3.20 an hour. One senses this might cause a bit of a spat.

The city's Transport and Environment convener Lesley Hinds told the Evening News that while she knows the plan is contentious and will be unpopular it is a necessary way of 'raising money for the council with all monies raised going back into the transport budget. This money allows us to protect the children & families and health budgets.'

The council plans to reduce 'overall car journeys' by Edinburgh residents to 31 percent by the year 2020 - at the moment the figure is sitting at 43 percent. Improvements to the cycle network include a refurbishment of The Meadows to Innocent Path at an estimated cost of £500,000; a £1m makeover for the A90 cycle route and a £650,000 upgrade for the Loanhead to Gilmerton Path.

Cllr Hinds continued: 'overall, within the Transport and Environment budget, instead of looking at increasing revenue or cutting we've decided to look at being more efficient with how we operate. The key message over the last two years and for the years ahead is looking at greater efficiencies in how we operate, rather than reducing the service.

"A range of new initiatives aim to further promote safe, sustainable travel in the Capital, including the roll-out of 20mph speed limits and the piloting of "school streets" doubled, with at least £15m investment in our roads and pavements in the next year.'