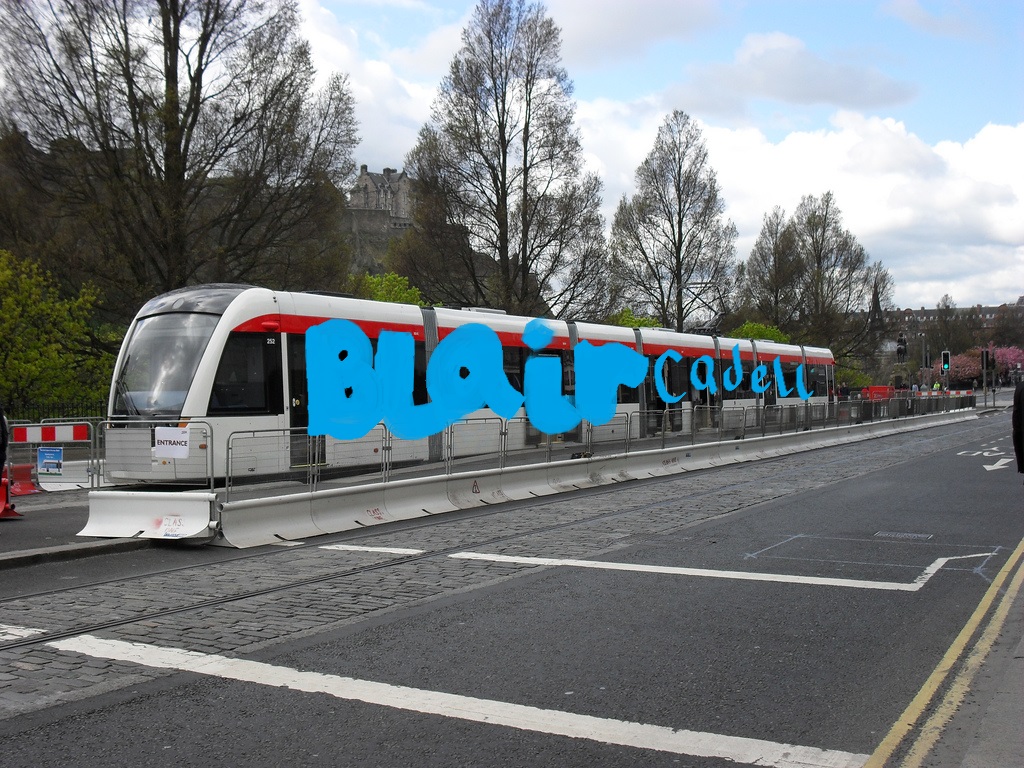 Our £776 million tram system is due to open in the next few months - five years after the launch date initially announced when funding was confirmed in 2003. But it seems the city is letting sleeping dogs lie, for the moment at least. Excitement about the impending tramsportation bonanza has been building around the city and beyond for the last few weeks.

The Norwegians gave us a visit recently and they were suitably impressed. Here on business, Norwegian transport heads left the city admitting they were envious of Edinburgh's new tram system. They said it will be greener, faster and cheaper than the current  system running in Oslo, and that they will use the design as a blueprint for new line extensions.

After refusing to speak about the many problems that faced the project's development, a spokesperson for Norwegian transport firm Ruter said, 'I'm sure the trams will be very attractive and the public will embrace it.'

The property market has also been abuzz with news of the tram's arrival. It has been predicted by many that property "hot spots" will spring up around Edinburgh in the coming months thanks to the creation of new transport hubs.

West Edinburgh, for example, an area that saw demand for business space hit hard during the credit crunch is seeing a resurgence of activity.

Property developers have also been turning their attention to the tram corridor between the Gogar roundabout and Edinburgh Airport. Could we see a whole new suburb spring up in the next few years?

The trams will certainly reduce congestion in the city centre and create interest in the west of the city. Areas such as West Lothian, Gogarburn, Shandon and Balgreen could feel increased demand as commuters look for a bargain. As we get closer to the start date in May property prices across Edinburgh could see a spike, although this might be tempered by the upcoming referendum on Scottish Independence.

Blair Cadell are a leading firm of Edinburgh solicitors, dealing in a wide range of property, business, tax and personal legal services. Our solicitors have been nominated for Residential Property Team of The Year at the 2014 Scottish Legal Awards.