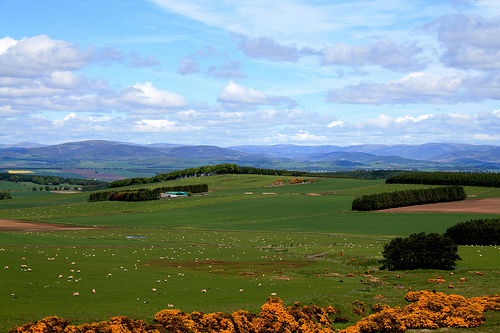 Only one-in-ten scottish business owners intend to vote yes in this year's independence referendum, a new poll has revealed.

Fewer than that, actually, as it turns out. Just nine per cent of Scots business owners, operators, investors and funders plan to vote yes in September's referendum on Scottish independence - according to a new survey of Scots businesses. Yet more bad news for the yes campaign, who (it has to be said) are being consistently battered in the polls.

The  survey of 150 businesses - conducted by a leading Scottish property adviser - also revealed that only seven per cent of those surveyed thought their businesses would be positively impacted were Scotland to become an independent nation, with 65 per cent fearing it would impact negatively.

The results of the survey were revealed to over 200 business owners, operators, investors and funders at the  Scottish launch of Business Outlook 2014, an annual review of the past year and preview of the year ahead in the hospitality, care, convenience retail and medical business sectors.

A spokesperson for the survey said: "While the uncertainty surrounding the referendum continues to be at the forefront of business owners' minds, we expect to witness further inward investment from outwith Scotland, particularly as property values in London and the south east increase ahead of those in the regions. In 2014 we expect investors to continue to seek good quality businesses across the regions and we do not anticipate the vote on 18th September 2014 to stem the appetite from investors seeking good quality opportunities."

Blair Cadell are a leading firm of Edinburgh solicitors. Whether you are starting up a new business venture, looking at buying premises, taking on a commercial lease or developing a new business strategy we will be able to assist you.