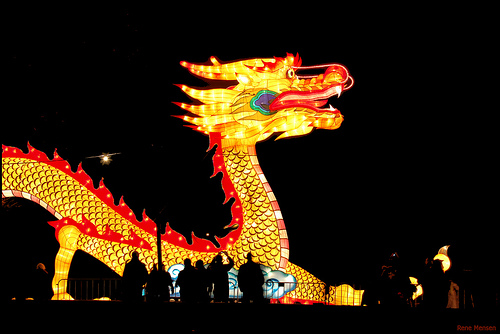 Earlier this year it was announced that London's Royal Docks area would be transformed into a thriving business hub fuelled by a £1 billion investment. According to initial projections the proposed 600,000 square foot business district could be worth around £6 billion pounds to the UK economy.  And what is so special about this development? The answer: pledges from Chinese businesses are going to make it happen. Indeed, the long term plan is that the area will become a hub for Chinese companies to trade within the UK.

Such large scale investment is not just a one-off either.  Over the last few years China has invested heavily in commercial property overseas. This is not surprising if we take into account that  despite the global economic downturn, China's economy grew by 8% between 2008 and 2012. Also driving the expansion is the fact that the Chinese government has put a number of restrictions on domestic property purchases.

According to a Jones Lang La Salle report, in the third quarter of this year, money leaving China that ended up invested in foreign property reached $5 billion dollars. Investors showed  particular interest in the U.S.A, Australia, Europe and Singapore.

High profile purchases have included  major landmark buildings in cities like London and New York. One such transaction was completed by China's largest private conglomerate Fosun, who in October agreed to buy One Chase Manhattan Plaza in New York - a sixty-storey skyscraper - for $725 million from JPMorgan Chase.

According to the JLLS report, interest in Europe has increased markedly this year with the value of purchases reaching around $2 billion. The UK remains the most sought after market in Europe - core residential and office assets in Central London are seen to deliver both security and high returns. Yet it is not only the biggest cities that have attracted Chinese property investors, smaller cities like Edinburgh are seen to offer good value for money - particularly for private investors.

Blair Cadell are a leading firm of Edinburgh solicitors, dealing in a wide range of property, business, tax and personal legal services. We base our reputation and success on "clients returning for advice and assistance they can rely on at an affordable price" (Recommended Law Firms Guide 2013).