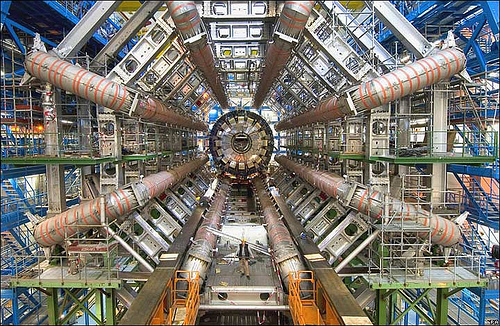 This week saw Peter Higgs and Francois Englert share the Nobel Prize for Physics for their work on the theory of the Higgs Boson particle. In the 1960s they were among several physicists who proposed a mechanism to explain why the most basic building blocks of the Universe have mass.

The mechanism predicts a particle - the Higgs boson - which was finally discovered in 2012 at the Large Hadron Collider at Cern, in Switzerland. Scientists have dubbed it the 'God Particle'.

Higgs first postulated the idea when he was a young lecturer at The University of Edinburgh. Today, Higgs, 84, is Emeritus professor of Theoretical Physics at the university which has this year secured unprecedented levels of research funding - attracting talented people to the city and - one could argue - fuelling a rise in buy to let investment.

It may be that parents are sparking off a sales boom in the city by buying up homes for their children to live in whilst they study - before retaining these properties as an investment afterwards. How or why the boffins at Cern left this crucial observation out of their research it is difficult to say.

Sir Timothy added: "Two years ago, we were delighted to secure in one year £200m in competitive research grants.

"Last year we were amazed when we hit £250m, this year we are on such a very good curve we hit £300m in competitive research grants and that will support work in medicine, in science, in humanities."

Edinburgh's popularity as a destination for researchers and budding scholars alike means  there is an ongoing requirement for properties in prominent student areas.

According to figures provided by the Edinburgh Solicitors Property Centre, total sales across the traditional student hubs of Marchmont, Bruntsfield and Newington are more than 20 per cent higher than they were in 2010.

As property experts Blair Cadell are in the best place to advise you on your sale or purchase plans, with area and price comparisons, opinion on market conditions, practical property issues and negotiating tactics. Contact us Free on 0800 515 626.