Parliament has returned this week after the summer recess and the big countdown towards the independence referendum is now upon us. With just over a year to go there are many questions still to be answered. But this week Mr Salmond has been laying out his plans for the year ahead - and tax is on the agenda. 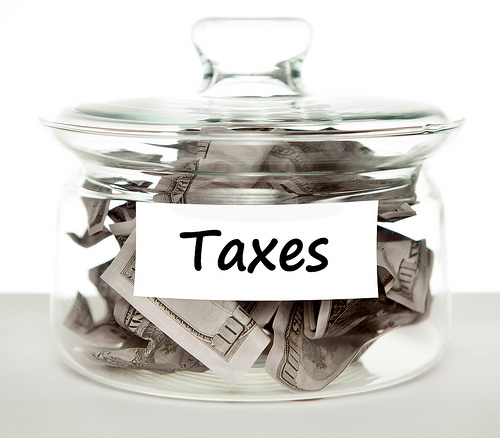 In the SNP's final government programme before the independence referendum one of their main goals, it seems, is to set up a separate Scottish taxman.

The plan - which has just been finalised - is to transform the embryonic Revenue Scotland tax authority into an 'arm's-length body enshrined in statute'. Its role will be to collect taxes devolved to Holyrood under the latest Scotland Act.

Ministers created Revenue Scotland last year as a small department within the Government in preparation for new systems of devolved tax. The new legislation will ensure it is put on a formal footing by the time they are introduced. A consultation on Revenue Scotland's powers was completed earlier this year.

The new land and buildings transaction tax - the replacement for stamp duty on property purchases - has already been approved by MSPs and is due to be levied from April 1, 2015. The Scottish landfill tax, replacing the UK's levy on landfill, is still being considered at Holyrood and is due to take effect on the same day.

Revenue Scotland will not however collect the new Scottish rate of income tax (SRIT), which remains part of the UK tax system administered by HMRC. The SRIT, which will make up about half the income tax Scots pay, will be set at Holyrood from April 2016.

Alex Salmond told MSPs: "This Parliament will still be a spending chamber rather than a revenue-raising chamber. That's deeply harmful to Scotland. It means we cannot use fiscal powers to grow our economy."

Mr Salmond also said: "It is better for all of us if decisions about Scotland's future are taken by those who care most about Scotland: the people who choose to live and work in this country. That's the simple, but compelling, truth at the heart of the case for independence. And the best evidence of it is the record of this parliament."

Labour leader Johann Lamont said Mr Salmond's plans were self-interested: "This was an opportunity for him to show us we can take him seriously as Scotland's First Minister. He could do that by bringing forward a legislative programme that met this one crucial test: that it would put the interests of the people of the Scotland before the interests of the SNP."