Appetite Growing in the Housing Market

A report has revealed that residential property sales were up 7.7% in the second quarter of this year compared with the same period in 2012, a rise powered by sales to first-time buyers. 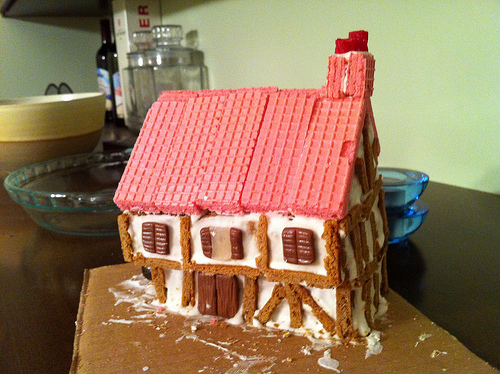 Yet while this figure suggests an increase in consumer confidence, some of those carrying out the study have suggested that mortgage lending to those purchasing their first home is still the main barrier to a full recovery in the housing market.

The figures are contained in the latest LSL/Acadametrics Scotland house price index. It found that the average house price in Scotland in June hit £143,181, down £627 on May's total but up £1648 on December's figure. June was the third month in succession where there was a minor fall in house prices.

The main reason for this increase in demand was said to be the easing of credit conditions, enabling more potential purchasers to obtain a mortgage. About half of the rise in sales was attributed to an increase in activity by first-time buyers.

A spokesman for Acadametrics said: 'Overall, we are seeing an increase in consumer confidence as the economy begins to expand. This, together with a slight easing in the restrictions in obtaining mortgage finance, is increasing demand for housing, especially among first-time buyers.

'As a consequence, the number of housing transactions is increasing over 2012 levels. We expect these trends to continue over the summer months. However, we should perhaps remind ourselves that transaction levels during the first half of 2013 are still running at only 48% of the level seen in 2007, which was not in itself considered to be an exceptional year.

'The market still has a long way to go before we can talk of a full recovery.'
Analysis of the annual change in Scotland's average house prices on a regional basis showed that the highest movement in prices on the mainland was in Angus, up 9% on the year.

The mainland area with the largest fall in house prices over the year was Midlothian, where average prices fell 12.9%. This was attributed to an upsurge in the price of flats in June last year, which was not repeated this year.

A spokesman for LSL Property Services said: "Without doubt, the main barrier to a full recovery in the housing market is mortgage lending, which is still low compared to its pre-financial crisis levels.

'The high cost of rented accommodation is a drain on personal finances but plenty of first-time buyers have decided to bite the bullet and start saving up for the large deposit needed for a mortgage.

'There is volatility in Scottish house prices depending on the distribution of the majority of first-time buyers, with cities such as Glasgow and Stirling seeing significant rising prices in June, and more remote parts such as Orkney and Falkirk experiencing the largest monthly falls in prices.

'The Government must continue to support first-time buyers, if the market is to successfully inch its way towards a more sustained recovery.'