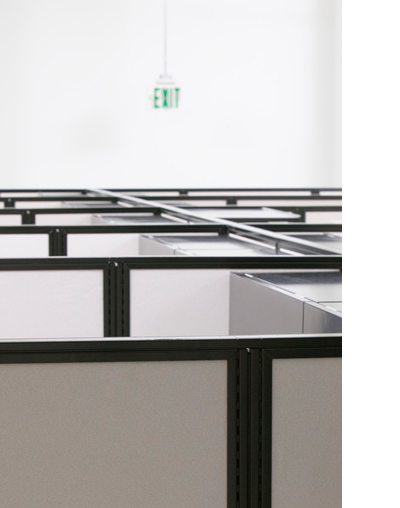 A third and final vote on the Local Government Finance (Unoccupied Properties) (Scotland) Bill is due to take place this week. Among other measures, the Bill will allow local authorities to cut business rates relief   on certain commercial properties that have been left lying empty for more than three months from April 2013

However business organisations including CBI Scotland and the Scottish Property Federation (SPF) have described the proposal as a "tax on distress". They argue that it could increase the financial burden on already-struggling property owners by as much as £18 million per year.  "This increase in taxation will make it more expensive for firms to invest and create jobs and is simply the wrong approach," Iain McMillan of CBI Scotland said. "Far from being an incentive to encourage the use of empty properties, for many firms this tax rise feels more like a stick than a carrot. After all, commercial premises are rarely left empty on purpose as they do not generate an income. Ultimately this proposal remains a tax on distress."The Scottish Government claims that the changes form part of a package of incentives aimed at encouraging businesses that bring long-term empty property shops or offices back into use

Local Government Minister Derek Mackay has defended the change, pointing out that even after reform the reliefs available to owners of empty commercial properties in Scotland would remain "significantly more generous" than those in England

Business rates are charged on most non-domestic premises including shops, offices, warehouses and factories. Owners of vacant offices and shops in Scotland currently receive a 50% discount on their business rates liability, while owners of industrial properties and listed buildings receive 100% relief. If approved, the new Bill will see the 50% relief cut to 10% after three months, although industrial properties and listed buildings will continue to receive 100% relief. Offices and shops in England and Wales get no relief whatsoever after three months, while relief on industrial buildings cuts off after the building has been lying empty for six months

Amendments introduced to the Bill last month will create new incentives for businesses able to bring certain empty commercial properties back into use. Under the new 'Fresh Start' scheme, which will also take effect from April 2013, new occupants of shops or offices that have been empty for at least a year will be able to apply for a 50% discount on their business rates over their first year of occupation

Andrew Macdonald of Blair Cadell agreed that increasing business rates on empty premises would only place further strain on struggling landlords. "Commercial landlords don't make money on empty properties so I think increasing rates is unlikely to have any material impact on bringing empty properties back into use," he said. "All it does is place further strain on landlords, who are suffering from the growing number of insolvent tenants. What this measure might achieve is an increase in the number of rates avoidance schemes and possibly some short-term lets, but this is portfolio management rather than portfolio growth."

A string of cases in the English courts earlier this year considered the circumstances in which the '42-day rule' - a reference to the length of time a building must be operated for before a new relief period is triggered - will apply. In August, West Cheshire Magistrates' Court held that a charity was entitled to a rates discount on the whole of a property in which it had installed some Bluetooth transmitters. In June, the High Court ruled that cash and carry chain Makro was entitled to claim the relief on a warehouse it had used to store 16 pallets of documents for a six-week period.